The Languedoc, a contrasting vineyard between the mountains and the Mediterranean

It is both the largest and the oldest vineyard in France. The Languedoc-Roussillon vineyard covers some 240,000 hectares and its origins date back to the 5th century BC. In the Languedoc, 70,000 hectares of vines give rise to a wide range of appellations, the hierarchy of which is in the process of changing. The wine region, once known for its table and mass-produced wines, has undergone a major transformation over the last thirty years. The Languedoc wine offer is now structured with products that find, and prove, their identity and quality.

General presentation of the Languedoc vineyards

In the south of France, the Languedoc vineyards stretch between the Mediterranean Sea and the foothills of the Cévennes. It spreads from west to east between Carcassonne and Nîmes. It thus covers a large part of Occitania with a presence in the departments of Aude, Gard and Hérault.

The Languedoc vineyards are very extensive and offer a wide range of terroirs, between the sea and the mountains. This gives rise to wines that are very different from one another, available in three colours: red, white and rosé. The region also produces sparkling wines, including the Blanquette de Limoux.

There are many different appellations, as the region has a great mosaic of terroirs. For the past thirty years, the Languedoc vineyards have been hierarchically classified in order to structure the production and make it easier to understand. In short, the wines are classified according to a pyramid structure: the generic Languedoc appellation forms the basis. This is followed by the AOC Grands Vins, the heart of the range, and the Crus, the summit of Languedoc wine production. There are also several IGPs.

The wines grouped under this generic AOC constitute the entry level of the regional production. It replaces the appellation Coteaux du Languedoc. The AOC Languedoc is very extensive as it covers the whole of Languedoc-Roussillon, from the Spanish border to the gates of Nîmes. The wines are available in all three colours. The blends are mainly Grenache, Syrah, Mourvèdre, Carignan and Cinsault.

Great wines of the Languedoc

The Languedoc appellation also has several geographical denominations, spread out from Nîmes to Narbonne and passing through Montpellier and Béziers:

The top of the range of Languedoc wine production currently includes a few appellations that are constantly increasing their reputation: 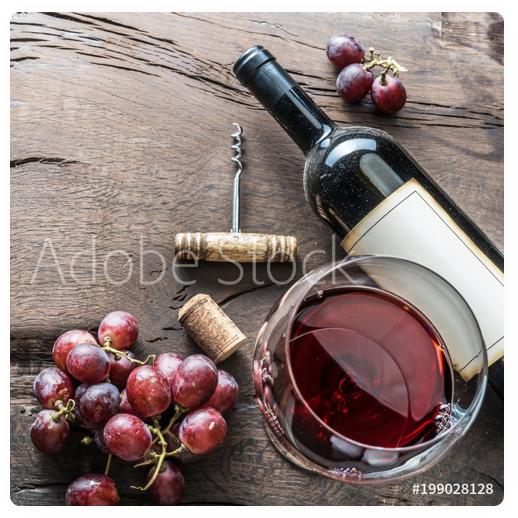 Saint-Chinian: the Languedoc in red, white and rosé wines

Wines with character that reflect the unique character of their terroir: the Faugères AOC surprises with its personality, full of finesse and nature. This Languedoc appellation is the result of the work of passionate winegrowers who are aware of the need to preserve their environment. Here, farming practices respect biodiversity and already more than a third of the production is carried out in organic and biodynamic agriculture. Great wines of the Languedoc, the Faugères AOC red, rosé and white wines have something to surprise you.

Pic-Saint-Loup, one of the nuggets of the Languedoc

Terrasses-du-larzac, one of the most beautiful AOCs in the Languedoc

Fitou, one of the most promising red wines of the Languedoc

In terms of volume of production, the Corbières AOC is the number one in the Languedoc. With more than 10,000 hectares and 400,000 hl/year, this appellation is indeed a powerful figurehead of the Languedoc vineyards. Between Carcassonne and Narbonne, from the Aude to the Pyrénées-Orientales, the terroirs multiply and the wines diversify. In red, but also in rosé and in white, the Corbières are always wines of character... with a very good quality-price ratio.

It is one of the largest appellations in the Languedoc. With 4,400 hectares of vines classified as AOC, the Minervois region produces a wide variety of wines, especially reds, but also rosés and whites. In the Languedoc-Roussillon region, between Carcassonne and Narbonne, the Minervois vineyards stretch from the foothills of the Black Mountain to the banks of the Aude. Dense, round, fruity and balanced, the Minervois AOC will seduce you with its aromatic qualities, its ageing potential and its affordable prices.

Claude-Edouard continues the work of his father Claude Geoffrey. The level now reached on his Côte de Brouilly makes it the absolute reference of the appellation and places it among the elite of the whole Beaujolais.

Christophe Peyrus, of the famous Clos Marie, is continuing his ascent with the acquisition of this new estate in the Pic Saint-Loup hills at Cazevieille.

Freshness, fruit, complexity and a big favourite for the whole range!

"For many observers, this is the most exciting estate in the Languedoc."

The dream of Gavin Crisfield, Irish sommelier and oenologist, took shape in 2009 when he decided to settle in Saint-Privat in the magnificent Terrasses du Larzac. His Traversée is taking shape!

Didier Barral continues his work begun in the 1990s. On the schists of Lenthéric, he and his brother make wines in search of authenticity that perfectly reflect the typicity of this terroir.

Basile Saint-Germain and his wife join the elite of the rare triple starred wines of the Revue du Vin de France in Languedoc; Mas Jullien and Peyre Rose...

The Domaine Languedocien des Creisses is located in Valros, 6km from Pézenas. Philippe Chesnelong has been trying to produce a great Mediterranean wine since 1998. Mission accomplished, since we can say that he even produces two!

The Girls of September

Frédéric Pourtalié has become a Languedoc icon. The Montcalmès vineyard covers an area of 23 hectares today; Syrah and Grenache on a limestone plateau and Mourvèdre on rolled pebbles. A blend has been produced since 1999, the one that made the reputation of the Domaine. It is aged for twenty-four months in barrels, in the purest tradition without fining or filtration, a cuvée of unfailing regularity.

One of the greatest winemakers of tomorrow. Installed in Puechabon and inspired by his friends Frédéric Pourtalié and Laurent Vaillé of the Grange des Pères, Pierre Vaisse is already producing wines that are part of the Languedoc elite, wines with a great identity, signed by long maturation that gives them great purity, in a style infused with a very high level.

The Saint Sylvestre estate, which takes its name from the church in Puéchabon where the first vines were historically planted, is located north of Aniane in the heart of the famous Terrasses du Larzac.