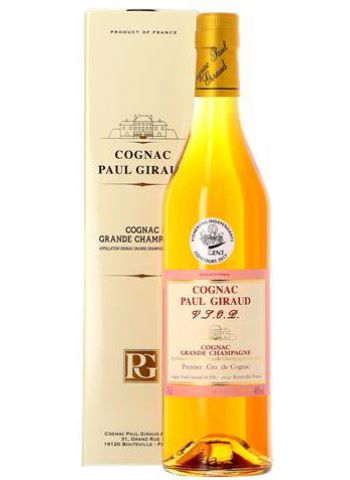 Your bottles are delivered within 48 hours in a reinforced package.
Are you a registered customer? Earn 78 points loyalty with the purchase of this bottle.

Young and powerful brandy expressing all the ardour of a Grande Champagne with aromas of fresh grapes.

Indeed, its 35 hectare vineyard is entirely located in the heart of the Grande Champagne region in the communes of Bouteville and St Même-les-Carrières, renowned for the finesse and bouquet of their eaux-de-vie.

Their traditional working methods lead them to harvest by hand, in order to respect the quality of the grapes they harvest.

They take great care in the vinification and distillation, which they generally carry out during the months of December and January.

Ageing in Limousin oak barrels is of the utmost importance as it gives their products their nobility. Their particularly humid cellars give a suppleness and an exceptional mellowness to their cognacs.

Moreover, the importance of their stock of very old cognacs allows them to guarantee an excellent quality over time.

The quality of their products is praised by several French wine magazines. Their cognacs have also been awarded prizes in various competitions.

The manual harvesting of the entire crop for the production of cognac prevents impurities from entering the distilled wine. The harvest generally takes place in October when the grapes have reached maximum aromatic maturity. The yield is around 110 HL of wine per hectare and the average alcohol content varies between 9 and 10 degrees. The grapes are pressed immediately after harvest in a pneumatic press. The juice obtained is fermented immediately. Chaptalization is forbidden. The wines ferment for about two weeks and will have an alcohol content of about 8 degrees.

Distillation:
Traditional distillation using two stills with two heatings per 24 hours takes place in December and January of each year.

Why distil?
Alcohol is a product of the fermentation of sugars in their natural state in the form of glucose or levulose in fruit. Alcohol is associated with many other compounds, and must be isolated from these complex mixtures. This is done by distillation. The principle of distillation is based on the differences in volatility of these various compounds. Only the volatile substances that constitute the main elements of the bouquet are found in the eau de vie.

Distillation is carried out in two stages using a still known as a "Charentais", consisting of a characteristically shaped boiler, heated over an open fire and topped by a this is topped by an onion-shaped lid, extended by a swan's neck which becomes a coil and passes through a cooling basin called a "pipe". The unfiltered wine is introduced into the boiler and brought to the boil. The alcoholic vapours are released, accumulate in the hood, enter the swan neck and then the coil. On contact with the cooler, they condense and flow out as a "mist". This slightly cloudy liquid, with a volume of 27 to 30%, is poured into the boiler for a second distillation, the "good heat". [The distiller must then carry out a delicate operation called "the cut": the vapours that arrive first, which are very rich in alcohol, are called the heads and are discarded. Next comes the "heart", a clear and limpid eau-de-vie that will become cognac, and finally, the distiller eliminates the second vapours when the alcoholometer indicates 60% by volume.]

Ageing:
Ageing takes place at Les Montendres because we have damp cellars there, built on a clay slab. A spring flows there in winter and in summer, there is a balance between humidity and dryness, the eau de vie becomes mellow and ages harmoniously. The ageing is done exclusively in Limousin oak barrels with a capacity of 400 to 500 litres, with new barrels used for 30% of the annual production of eau-de-vie. The long maturation process of Cognac is carried out thanks to the porosity of the wood, which allows indirect contact between the eau-de-vie and the ambient air. Thus, the substances extracted from the oak wood cause the formation of "rancio" over time and develop the bouquet of the cognac.

During all the time that the cognac is in its barrel, it takes the best of the oak to reveal the most exquisite flavours, it will, by being in permanent contact with the air, progressively lose its alcoholic strength and its volume without excess.

This natural evaporation is poetically called the "Angels' share". In the production area, it represents the equivalent of more than 20 million bottles per year that disappear into nature. In our case, this evaporation is equivalent to about 10,000 bottles. This alcohol vapour feeds a microscopic fungus, which covers the stones of the region by blackening them, thus giving them a characteristic colour.

La Tonnellerie:
A brandy only becomes a cognac after a slow maturation in oak barrels, the wood of which has been selected for its natural properties and its capacity to transfer them in contact with the alcohol, thus giving it its colour and bouquet. The cognac is aged exclusively in oak barrels traditionally from the Tronçais and Limousin forests. The Tronçais forest in the Allier region provides a fine-grained, soft wood that is particularly porous to alcohol. The Limousin forest provides a medium-grained wood, harder and more nervous, even more porous. The tannin of the former is reputed to be particularly soft, whereas that of the latter is known for the strength and balance it gives to the cognac.

Bottling:
It is done at the property after cold filtration because this process ensures that the cognac holds up well. They sell between 20,000 and 25,000 bottles per year. 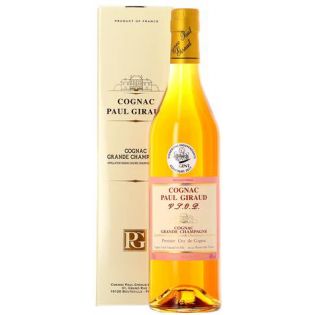 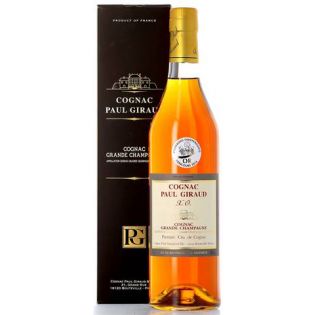 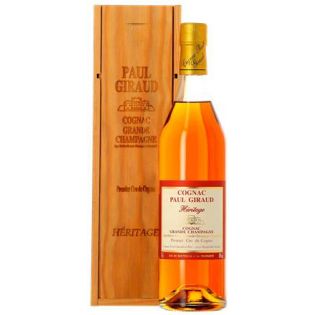